Some of you know that I’ve been trying to find a new name for this blog since discovering that there is another word press blog with a very similar name.  There’s nothing unethical about the similarity, of course, and I have considered just leaving well enough alone, especially after this exchange with my mom:

Mom:  Have you found a new name for your blog yet?

Me:  No, I’ve come up with up with lots of ideas but every idea I’ve had is already taken.  It’s very hard to be original.

Mom:  Oh.  Then maybe you should stop trying to be original.

It seemed a sort of bluntly insightful comment, really.  In a world of (at least) 126 million blogs, who am I kidding to think I can be original about anything?  Maybe it’s not worth fretting over.

That said, I came up with a title the other day.  And I like it.  And it’s shorter than the current name, which is apparently a good thing in blogdom.  If you know of another blog with a very similar name, just do me a favor and don’t tell me.

So in short order I will be blogging at Strange Figures.  I’ve run the title by my focus group (well, okay, just Baph) and it has been found acceptable.  Why Strange Figures?  Well, it does hint at the same mood as onlyslightlyunhinged, and it also evokes a little Flannery-esque sense of the grotesque.  And you know how I enjoy the grotesque (in the literary sense).  But here’s the real reason:  I love the Marx Brothers, and “Strange Figures” is from a bit in “Animal Crackers”, which I post below.  The exact line is at 4:08.:

That’s it.  No deeper meaning.  I wear myself out sometimes, trying to find deep meaning in everything.  Perhaps it’s okay to name my blog after a movie line that makes me laugh.

I will be switching all of the posts over to the new address/title soon, but I want to do it under the supervision of Mr. Right or Baph, so that I don’t accidentally delete everything I’ve done here.  I’ll keep you updated.

Over the next several days I’m going to be writing about the changes I’d like to make in 2011.  I have very few friends who make New Year’s resolutions these days, and I understand their reasons.  But I love the excuse that New Year’s Day gives me to examine my life, to feel that I can make a fresh start.  Birthdays work the same way for me, as does the beginning of the school year.  Whatever it takes to get some forward motion, right?

Ah, that Lloyd.  He was wise beyond his years.  I’ve always loved that line, and actually think it’s sound advice.  No, we can’t be happy all of the time.  We can’t avoid painful circumstances, disappointments, losses, and tragedies.  But most of the bad moods that come into my life are not attributable to major causes.  They are the results of my petty grievances with the world, my thin skin, my unfair expectations of other people, my sense of entitlement to having every little thing go my way.  And when I let such smallness of character take over, not only do I wind up in a bad mood, I give it as a gift to everyone who comes near me.  And yet I know, from experience, that I can choose to react differently.  I can decide to give thanks, give the benefit of the doubt, and give up a little control.  I can choose to be a more positive person.  Do I want my children to grow up and remember me as a cranky old bat?  Let me go ahead and answer that:  No, I do not.

And so I’ll begin the year with the most trite of all resolutions.  I want to be happier in 2011.  By choice.  By perspective.  I believe it can be done.

My Year in Review (Film Edition) 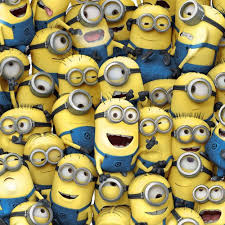 Critics and commentators are posting their end of the year “best of” and “worst of” lists in various fields, so I’ll be joining the fray today.  I have more to say about movies than anything else (big surprise), so I’ll deal with everything else in a separate post.

Biggest Pleasant Surprise: Despicable Me I went expecting that my kids would be entertained, and I would enjoy the popcorn.  But this turned out to be a genuinely funny, charming story.  And we are all still saying “What????” just like the minions.

Biggest Letdown:   Dinner for Schmucks I went into this one with modest expectations, too, and they turned out to be far too high.  I saw “Dinner for Schmucks” with a friend, and I felt guilty for inviting her.

Best Scare:   TIE –   The House of the Devil Saw this at Cornerstone and even in a crowded tent the suspense almost killed me.  There was also a moment when the entire crowd reacted in shock at the same moment.  I love that.

The Crazies I thought this was a good horror movie all the way around, but it ties for “best scare” for one reason:  the car wash.

Best Worst Movie:   Troll 2 Yes, I finally saw it, and it was just as bad as advertised.

Best Documentary:   Best Worst Movie The documentary about “Troll 2”, which we saw at Cornerstone, turned out to be as hysterical as expected, but also thought-provoking and touching.

Best Shared Movie-Watching Experience:  Riki-Oh:  The Story of Ricky Saw this one at Cornerstone, too, and the experience of watching perhaps the most bizarre martial arts movie ever made with that particular group of people was priceless.

Best Date Movie for Married Couples:   Date Night Not a masterpiece, but Steve Carrell and Tina Fey were consistently funny and the movie leaves you feeling good about being married.  Also, between his roles in this movie and “The Other Guys”, Mark Wahlberg earned my respect this year.  He’s a solid comic actor.

Best Movie That Never Came to Our Theater:  In the Loop It came out in 2009, but never hit the Showplace 12.  I finally

saw it on Netflix this past spring and enjoyed it immensely.  The inside view of political machinations is almost as dark and absurd as “Dr. Strangelove”.  And yet it all seems so plausible….

Movies That Were as Good as Their Buzz: The Kids Are Alright The performances were amazingly good and the speech that Julianne Moore’s character gives about marriage is as true as anything in film this year.

The Social Network By the time we saw  it I’d heard the arguments about the film’s historical inaccuracies.   Consequently, I didn’t go in thinking I’d see what really happened or what Mark Zuckerberg is really like.  As a piece of fiction, I thought it was a great movie and I stand by the comparisons that I made on Facebook  between “The Social Network” and “Citizen Kane” and “Othello”.  I’m not talking about film technique, people.  I’m talking about character arcs.

Best Overall, Numero Uno, Favorite Movie of the Year: Toy Story 3 How can you top a sequel which lives up to parts one and two, is faithful to the characters we’ve grown to love, is enchanting from beginning to end – for both children and adults, and grapples with the heaviest questions that weigh on the human heart.  It’s going to be a classic.

1) The Secret of Kells